Whether they’re battle-tested veterans or fresh-faced newbies, entrepreneurs undergo an intense learning process when establishing and launching a business. Even those who’ve been through it before typically face a certain amount of uncertainty.

That’s why it’s critical that they learn as much as possible about their specific area of business as well as
entrepreneurship as a whole.

Find below a selected list of books that will surely widen your scope and understanding of entrepreneurship:

1. The Innovator’s Dilemma: The Revolutionary Book That Will Change The Way You Do Business by Clayton M. Christenen, 1997.

Harvard professor Clayton Christensen, who has founded a handful of companies of his own over the years, delivered one of the most respected and useful books for entrepreneurs 17 years ago.

Its power lies in the assertion that even though things are done correctly, a company can still vanish.

Other takeaways from this modern-day classic are insights about when a businessperson should not listen to customers, the appropriate times to select smaller markets over larger ones and the right moment to invest in development of lower-performance products.

Whether an entrepreneur is a business veteran who has experienced the highs and lows of the great dotcom bubble or a young, inexperienced newcomer, a long- standing set of rules and suggestions are typically offered for certain scenarios, such as when it’s wise to turn to a focus group or just remain optimistic.

Instead of listening to that coveted focus group, watch the customers inside, he advised. He has served as an entrepreneur in residence at Harvard Business School.

For more than 40 years Michael Gerber has assisted thousands of small businesses. In his 1995 update of his 1986 underground classic, The E Myth: Why Most Businesses Don’t Work and What to Do About It. Gerber argued that despite entrepreneurs coming up with great ideas, rarely do they make for good business people. To help prevent readers from making fatal mistakes, Gerber presented in an easily understood book an effective business model to guide entrepreneurs at all stages of growth.

When the tech boom began in Silicon Valley in 1978, Steven Blank was on the scene. Although he retired in 1999, Blank had accumulated a wealth of knowledge that he shared in the bestselling The Four Steps to the Epiphany. In this must-read for those launching tech startups, Blank clearly outlined how to organise sales and marketing, discover flaws and test assumptions.

5. How to Win Friends and Influence People by Dale Carnegie, 1936.

This book has been called the “grandfather of all people-skills books” because it has been assisting everyone from the rich and famous to successful business leaders for more than 80 years.

The reason that this title remains useful and popular is because it describes techniques for handling other people, like six ways to get people to like you, 12 ways to encourage others to buy into your thinking or nine ways to change people’s minds without any resentment.

A psychologist and Nobel Prize winner in economics, Daniel Kahneman provided this bestselling explanation of how people think — describing the fast, intuitive and emotional System 1 and the slower, more deliberative and more logical System 2.

By understanding these systems, readers can learn to think things out more slowly instead of acting on an impulse.

7. Venture Deals: Be Smarter Than Your Lawyer and Venture Capitalist by Brad Feld and Jason Mendelson, 2013.

The authors Brad Feld and Jason Mendelson have been involved with venture capital financing for more than two decades.

They applied their experiences and knowledge of venture financing to develop a term sheet and tips about how to strike a favorable deal.

This second edition of their 2011 book provided updates and discusses new topics, such as convertible debt financing. It’s a great resource for understanding the thought processes and strategies of venture capitalists.

8. The Startup of You: Adapt to the Future, Invest in Yourself, and Transform Your Career by Reid Hoffman, 2012.

Written by LinkedIn co-founder Reid Hoffman and author Ben Casnocha, this book gives entrepreneurial hopefuls advice on how to thrive in the fast-paced and ever-changing networked world.

The most important lesson from Hoffman and Casnocha, however, is how to take control of yourself to make the most out of your life, career and business.

This book became a bestseller on the lists of USA Today and The New York Times. The reason? It’s a fascinating study by Pulitzer Prize-winning author Charles Duhigg, a reporter for The New York Times, on how our habits predict not only life-changing events but also the behavior of consumers.

10. Big Bang Disruption: Strategy in the Age of Devastating Innovation by Larry Downes and Paul Nunes, 2014.

The entire cycle of innovation has been disrupted thanks to technology. The world has begun to focus on goods delivered with the help software, such as smart phone applications.

While authors Larry Downes and Paul Dunes, both experts in the tech world, break the bad news about technology disruption to potential entrepreneurs, they also offer key advice about how to survive and compete in this fast-paced world.

The bad news for entrepreneurs is that instead of sitting back and making money with technology, they are really going to have to work: The tech world is moving so fast that if companies don’t innovate, they’re going to become obsolete overnight.

In an age profoundly affected by computers and new technology, author Paul Graham advised, business owners should understand and embrace this arena, which he called “an intellectual Wild West,” or their startups will likely never take flight.

Graham, who created the Yahoo Store, provided a collection of essays that offer a better understanding of everything from the impact of the open source movement to website design.

12. The Wisdom of Failure: How to Learn the Tough Leadership Lessons Without Paying the Price by Laurence G. Weinzimmer and Jim McConoughey, 2012.

While many books present advice about how to successfully become an entrepreneur or businessperson, this book goes in a different direction.

Essentially, this is a “how-not to” guide, exploring the failures of individuals and companies through a seven-year study. Learning from these mistakes, readers might discover what to avoid.

In his first book, Hugh MacLeod gave readers a glimpse into his thoughts on marketing and life itself. The lion’s share of the book, however is devoted to the importance of creativity.

Throughout the book MacLeod detailed why it’s vital to be original and how to convert creativity into a successful business. He also made use of his popular cartoons to further illustrate his argument.

This selection is not the typical business book. Instead it’s a novel that traces the path of plant manager Alex Rogo, who discovers the author’s Theory of Constraints.

There are many lessons to be drawn from this novel, but all underscore a common theme: how to make decisions to succeed in management and business.

Bonus book: Entrepreneurial DNA: The Breakthrough Discovery that Aligns Your Business to Your Unique Strengths by Joe Abraham, 2011.

Having launched more than 20 companies, Joe Abraham mined his own experiences so that prospective entrepreneurs could find success. He invites his audience to answer some key questions like what kind of
entrepreneur are you, what are your strengths and weakness and who are the people you’re working with.

By answering these questions, readers can discover how to succeed and stand apart from other entrepreneurs. 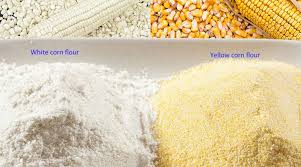